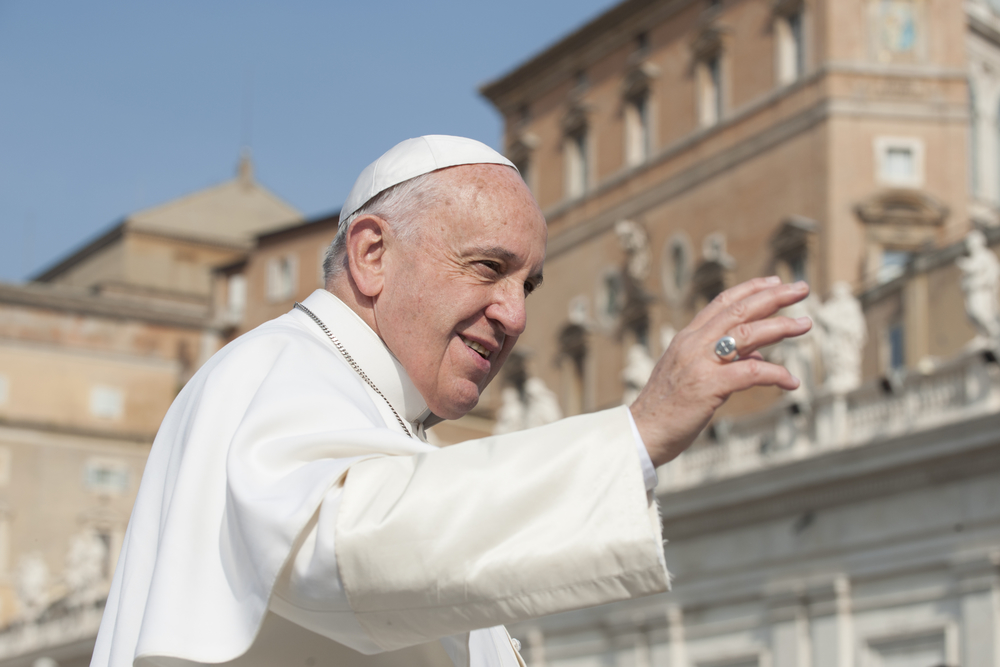 It’s official, the popemobile that will transport the pontiff throughout Philly, NYC, and Washington D.C. has been announced. It’s a bit more rugged than we’d imagined.

A Jeep Wrangler with some modifications will be the pope’s ride of choice. According to the Vatican, it will be very similar to the white Wrangler he used in Ecuador and is already in the hands of the Secret Service. Fiat Chrysler Automobiles won’t comment on these modifications, and the public won’t see the vehicle until Pope Francis arrives on September 22nd.

In Ecuador, the Wrangler had a glass front roof with open sides. Traditionally, popemobiles have been fully enclosed in bulletproof material. However, Pope Francis enjoys being more open and accessible to the crowds that come to see him. Still, we’re sure his security will be very tight in order to keep him safe.

When Pope Francis arrives in Philly next month, keep your eyes peeled for his white Jeep Wrangler. Though, we’re sure it will be hard to miss the crowds of thousands following behind. For more about the US popemobile, see this article at Philly.com.